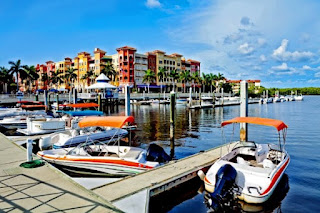 Wow! 8 of the 10 turnaround towns that made the CNBC.com list are in Florida, and Naples made its first ever appearance! Check out more of the story by clicking HERE! Data derived from Realtor.com, the official site of The National Association of Realtors, showed clearly that many of those cities that once led the downturn in the real estate markets nationwide, are now leading the way to a turnaround! The list weighs a comparison from the last quarter of 2010 to the last quarter of 2011 and tabulates which towns have shown the most dramatic improvements based on a number of statistics. Naples Florida ranked #7, Miami was ranked #1! The only 2 towns NOT in Florida [are] Boise Idaho and Phoenix Arizona. One of the most striking statistics about Naples that CNBC documented was the fact that the “year-over-year” inventory was down a remarkable 35.94%! To answer the cynics who believe there may still be a shadow inventory lurking out there that will curtail the current trend upward  I say, “based on the current actives, pendings and closed sales, the demand will quickly absorb this possible inventory.”

There has never been a better time to invest in Naples Real Estate than NOW! Purchasing a home or condo, whether it is as a primary residence, a 2nd home, or as an investment, at today’s low interest rates, is the best place that you can put your money right now!

For information about the local Naples real estate market, or specific neighborhoods in Southwest Florida, please call a member of The Harris Peppe Team today!  239.370.0574

Thank you and make it a great day,