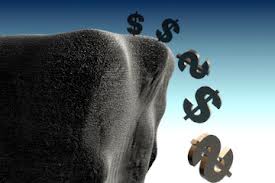 Real Estate and the “Fiscal Cliff”

On January 1st, 2013 the Senate and House passed H.R. 8, legislation to avert the so called “fiscal cliff”. The bill was signed by President Obama on January 2nd, 2013. The National Association of Realtors provided a summary of real estate related provisions in the bill, which I thought you would find informative.

Mortgage Cancellation Relief is extended for one year to January 1st, 2014.

Deduction for Mortgage Insurance Premiums for filers making below $110,000 is extended through 2013 and retroactive to cover all of 2012.

Leasehold Improvements: the 15 year straight-line cost recovery for qualified leasehold improvements on commercial properties is extended through all of 2013 and retroactive to cover 2012.

Energy Efficiency Tax Cred: The 10% tax credit, up to $500. for homeowners for energy efficiency improvements to existing homes is extended through 2013 and also retroactive to cover 2012.

Estate Tax: The first $5 million dollars in individual estates and $10 million for family estates are now exempt from the estate tax. After that a rate of 40%, up from 35% will be in place. The exemption amounts are indexed for inflation.

Pease Limitations: There is a return to the “Pease” limitations on itemized deductions for high income earners. Under the agreement, the value of itemized deductions are reduced and permanently repealed for most taxpayers, but will be reinstituted for high income filers. “Pease” limitations will apply only to individuals earning more than $250,000, and joint filers earning above $300,000. Under the formula, taxpayers will lose the value of their total deductions up to a total of 20% reductions. The Pease limitations were first enacted in 1990, and named for Ohio Congressman Don Pease. The limitations were continued throughout the Clinton years then began phasing out in 2003. They were completely eliminated in 2010-2012. The reinstitution of these limits has less impact on the mortgage interest deduction than a ‘hard dollar’ deduction cap, a percentage deduction cap, or a reduction in the amount of mortgage interest deduction that can be claimed.

I hope you have found this information helpful. Please do not hesitate to contact a member of The Harris Peppe Team if you have any comments or questions related to real estate in Southwest Florida

*The Naples Real Estate Blogger does not have an official position on the H.R.8 legislation.