Naples featured Business of the Week 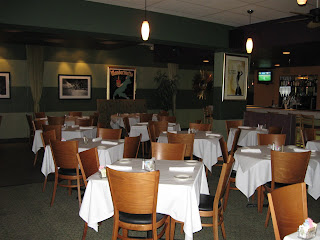 Hi there! It has already been a crazy first 9 days of 2012. Wow! The feedback I’ve gotten from the last question posed online regarding content was overwhelming! Thank you all for your emails! I have already decided to change one thing because of the result of asking for your suggestions. Our “Select Vendor of the Week” will now be called “Naples featured Business of the Week”. This will also allow me to feature restaurants and galleries and other such businesses that don’t really ‘qualify’ as vendors per se. That being said, The Harris Peppe Team is pleased to feature The Mangrove Cafe restaurant on Fifth Avenue South as our very first selection of the new year. The Mangrove Cafe has been consistently featured on our annual “Chip’s Picks” and featured on the restaurant page on our award winning website for many years. It is the longest existing restaurant on Fifth Avenue South! Their motto is “Think Global, Eat Local“! They are ranked #1 on tripadvisor.com of the over 450 restaurants in the Naples area. It is one of my favorite downtown restaurants, and my two favorite entrees on their diverse menu are The Sweet and sour Snapper & the Maddonini Chicken! Both amazing! They have a fabulous special which they refer to as The Mangrove Cafe Stimulus Package. Every evening, between 5 and 9PM you can get any 2 entrees on the menu along with a salad, bread AND a bottle of wine for $35.00! No kidding…it is phenomenal!

The Mangrove Cafe is located at 878 Fifth Avenue South. They can be reached at 239.262.7076 or you can view their menu on their website: The Mangrove Cafe. In addition to our “Chip’s Picks” they have also been awarded “Best Martini” by Gulfshore Life Magazine, “Best International Menu” by The Naples Daily News, and “Best Creative Menu” by Naples Illustrated Magazine. *Make your reservations today–you might just run into The Naples Real Estate Blogger, too!

Thank you, and Make it a GREAT day!

*please tell them The Naples Real Estate blogger sent you!