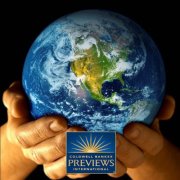 Coldwell Banker Previews International released their 2012 Luxury Market Report yesterday. I thought I would share some of the interesting facts that were covered in this report. Included in this publication are Global Points, Domestic Overviews and notable achievements by the Previews brand.

Coldwell Banker has 83,000 associates in 3,100 offices in 51 countries and territories. With affiliates in every corner of the globe, Coldwell Banker has established itself as a leader in the world of luxury real estate.  According to the National Association of Realtors, total sales volume to international buyers in the U.S was estimated at $82.5 billion for the 12 months ending March 2012 -up from $66 million for the prior 12 months. Canada is responsible for the majority of the international sales, but we are currently seeing buyers from Russia, China, Brazil and the Middle East. Chinese buyers are now the 2nd largest buyers of homes in the U.S. mainly because of the power of the yuan and their country’s restrictions on property purchases. Presently there are nearly 960,000 millionaires in mainland China. Brazilian buyers are purchasing condos and homes in the Miami area due in part to the rising real estate values in their country, and the fact that their currency gain against the U.S dollar increased 45% since 2008!  According to The National Association of Realtors, overall activity of foreign buyers is up 24% this year over the prior 12 months. Florida, and specifically the Miami area, has been a big contributor to that. California and New York continue to lead the U.S. in luxury sales, while other areas such as Greenwich and Chicago also attract affluent buyers.  Most international buyers pay cash, therefore the tighter lending restrictions have not effected them as much. Many of the buyers are “multi-generational”, by that I mean they select high-end homes for themselves, as well as for their parents and children to use and enjoy. There is a big demand for modern styling and architecture. Amenity rich communities which offer natural resources such as nature trails and boating, exercise facilities and jogging paths are a big draw for the Europeans. Naples Florida ranks number 8 of the top 10 cities with the highest number of multi-million dollar sales, and number 9 of the top 10 markets in the U.S. with listings priced at or above $10 million.

Previews agents participated in more than 13,5000 transaction sides of homes priced at $1 million or more in 2011. On average, Coldwell Banker Previews International handles $70.1 million in luxury sales every day! We continue to be an integral part of the strength of the luxury market worldwide.

Please let us know if you would like additional information about Luxury Real Estate in Naples Florida. The Harris Peppe Team considers it a privilege assisting you with all your housing needs. 239.370.0574